Tire pressure monitoring systems (TPMS)  have been made mandatory on new cars  in the US  since 2008 by the Tread Act.  Most manufacturers field their own systems, but all work in a similar fashion. Early systems had an Electronic Control Unit in the car dedicated to the sensors, receivers spread around the wheel wells, and a transmitting sensor in the tire that takes the place of the tire valve.  Almost all manufacturers have ditched the separate receivers and have put them in the ecu itself.

The tire sensor itself houses a microprocessor and enough memory to store tire pressure, temperature and rotation direction values.  There is also a radio frequency transmitter and an inertial unit that helps with power management.  The sensor doesn’t transmit anything until the car reaches 15 to 20 miles an hour, conserving energy as the built in 3V coin style battery is not replaceable, but is designed to last 10 years… some make it that long, some do not.

Some sensors have to have their electronic id programmed into the car when changed out, some are learned automatically.  They have to be dealt with when new tires are installed, typically replacing the seals, but if corrosion has set in, it will probably need a sensor.  Learning a new sensor is not usually done by DIY’ers, as the electronic equipment is quite expensive. 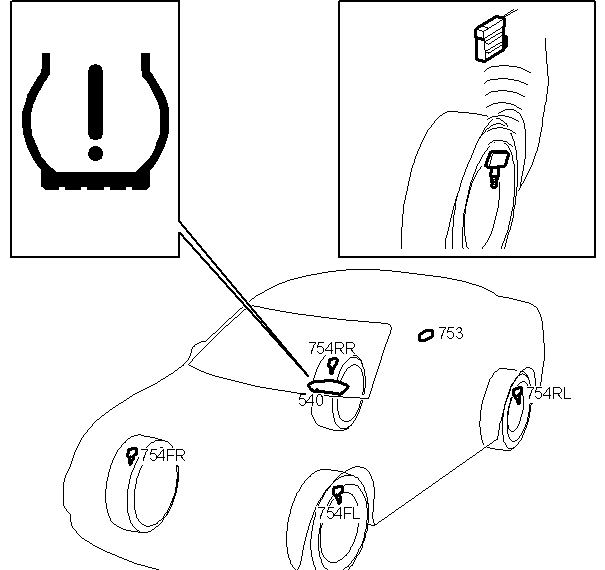 Replacing sensors with manufacturers original parts is pretty expensive, rarely costing less than a hundred bucks for a sensor… but some aftermarket types, like VDO’s RediSensor, has stuffed several manufacturers programming into a single sensor, enabling it to replace them directly and be programmed with factory tools.  The best thing is that they are available for $35-$50, saving a lot of the cost on new sensors.  It is important to use a brand that you trust, as some overseas knockoffs are just too cheap.

Pretty nice car in the shop today, a 1968 Camaro.  This one belongs to my father-in-law, he’s been slowly restoring it over the years, and it’s about there.  I would have to say it’s nicer now then the day it rolled off the assembly line in Norwood, Ohio.  At least all the panels fit better! 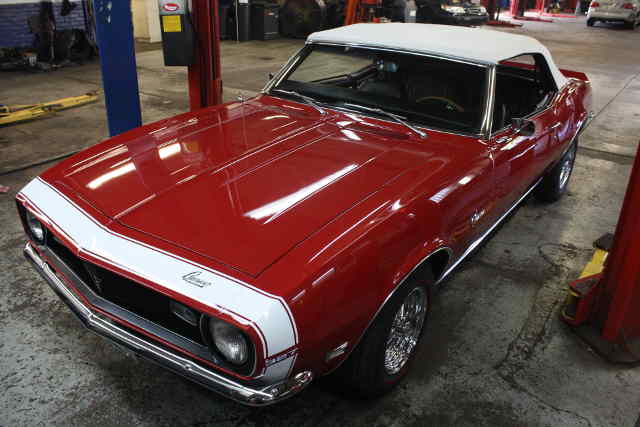 Restoring these cars is very doable, mostly because they were made of steel.  You can straighten or repair anything made out of steel.  Makes you wonder how they are going to restore a modern ride that’s mostly plastic and electronic black boxes.

This car has two safety innovations for the time, seat belts and a dual chamber master cylinder for the brakes.  Before this date, it wasn’t unusual at all for a car to lose all it’s brakes due to a leak in the hydraulics, hitting buildings and rolling down hills…. the sixties and seventies were almost hilarious but for the fact that it was you rolling down the hill…. and needless to say the handbrakes weren’t any good either…. and cars didn’t have seatbelts, and why are we still alive? 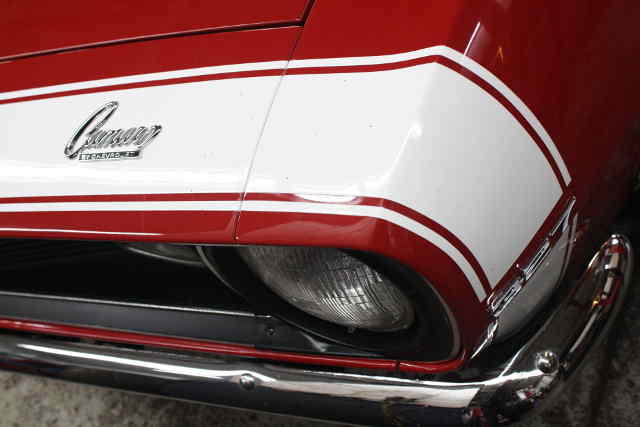 This car has a 327, 3 speed manual shift, and no power steering or brakes.  The worm and roller steering took some getting used to, it took some muscle and quite a few turns of the wheel to get it into the shop.  It may not be the most comfortable car in the world, but it is an adventure!