Engines are incredibly complicated things, and it’s amazing they have all this technology stuffed in a compact (for the most part) package that actually fits in engine bays. (Although they do steal space from under the windshield.)  What’s even more amazing is the fact that you can take most of it apart while it is still in the car.  Granted, it can still be an incredible pain in the arse, and you will invoke dark forces upon the engineers who thought it all up, the fact that it can be done at all does hint at some incredible engineering feats.

Take the Land Rover LR3, for instance. They shoehorned in one of Ford’s huge modular V-8’s in a space comfortable for the old aluminum Buick V-8 the Brit’s used to use.  The Ford engines appeared after Ford acquired the Rover Group from BMW.  This engine got around, being adaptable to supercharging, and came in sizes ranging from 3.2 to 5 liters.  They ended up in all kinds of Ford’s Euro cars, like Jaguar, Volvo and Aston Martin. 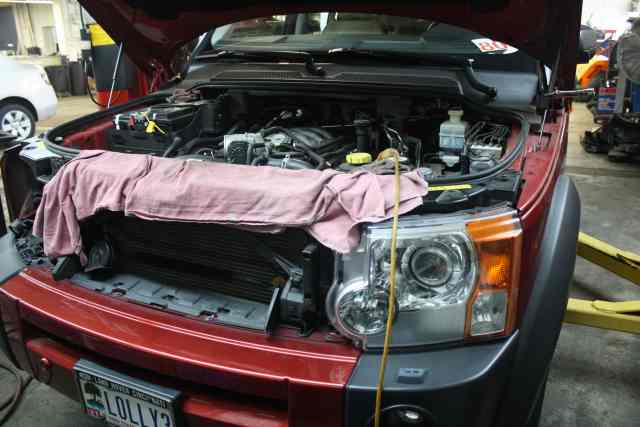 The engine in this Land Rover makes 300 hp and pulls this iconic Brit 4-wheeler around with little fuss, however, I’ve looked under a lot of Land Rovers and have yet to see mud under one of them.  Maybe I’m hanging around the wrong neighborhoods.

The downside of all this engine technology is the cost.  Having all these cams and variable valve timing, direct injection and drive by wire stuff costs a pretty good pile, especially if it breaks.  It seems to me that crashing cars used to be the main reason they were scrapped, but more and more, it’s the cost of repair. If you have to change a burnt piston, or replace timing chains on one of these motors, and the car is pushing 150k, it’s almost not worth doing.  And it’s a shame, as these engines are really marvels of engineering…. but expensive marvels.