There was this guy in Cincinnati, Karl Kleve, who believed that cars, like humans, must die.  It really isn’t that far out, since cars all do die (or will) sooner or later.  He was a Nuclear Engineer that had worked on the atomic bomb in WW2, and since then, decided that his cars at least will die, as humans do. 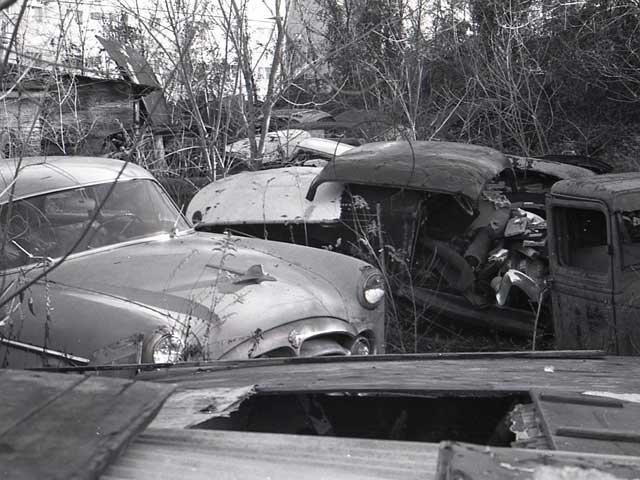 The above is one of Kleve’s junkyards in Cheviot, Ohio during the 70’s.  There were plenty of interesting cars in there, but none were for sale.  They never got better, just worse.  They had to die.

One of the cars in this yard has become the hot topic for the news lately.  The car is now a fully restored red Ferrari 375 Grand Prix car, which had been stolen from Kleve, smuggled out of the country, and sold to a Belgian collector who may have to give up some of the proceeds to some lawyer that bought out Kleve’s interest from his family.

The Ferrari sold at auction for 16 million, and the proceeds are to be divided between the Belgian and American factions…

This is the car being fought over during the 70’s: 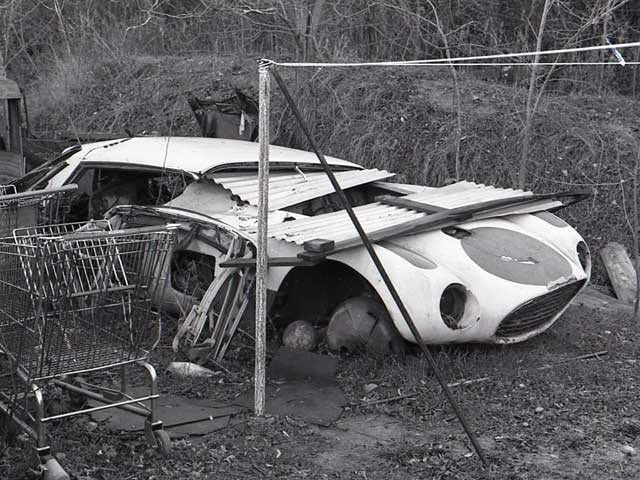 It was well on it’s way to die, however for this car it was not in the cards.  Now there seems to be a German collector who has the same idea.  Cars have to die, or at least rot away with no human attention.  Micheal Froehlich is the guy responsible for the Auto Skulpturen Park in Mettman, Germany. All of his cars in these fields were made when Froehlich was born, around 1950.  I think it’s a race to see who dies first.