Who isn’t a Jaguar fan?  They might have lost a few converts in the bad days of the eighties, but that didn’t stop the lads at Eagle from forming a company to restore and service Jaguar E-Types.  If that was all they did, then they still would be a pretty interesting company, but they wanted to go for the gold, and re-engineer the car for the modern world. And they’ve done a pretty bang-up job.

I’ve never seen one in person, but there are plenty of owners raving about these cars.  The cliche is real.. if you have to ask how much they are, they are a lot.  My favorite is the Low Drag GT coupe, and it is a mean million bucks! 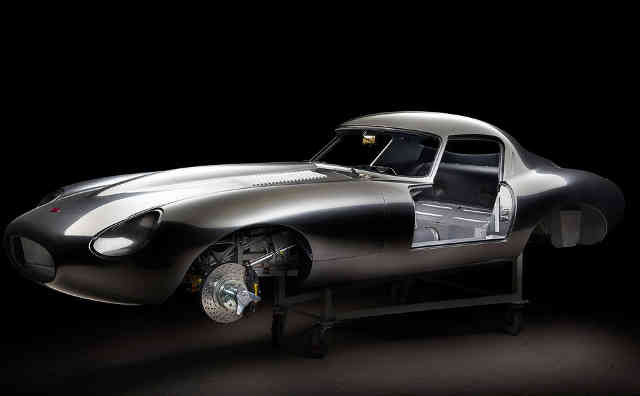 But what do you get?  You get a lightweight aluminum bodied coupe…. aluminum block, aluminum gearbox, and added to that is a beefed up, re-engineered E-Type engine, pushing 346 horsepower and 360 ft. lbs of torque from 4.7 liters. An engine Jaguar wished they had in the seventies.  And the car only weighs 2200 pounds.  That’s pretty light.

Million dollar cars are just dream cars for most of us, but if all you can do is dream, then I say dream big!